Farzana Haroon
16 Jan 2018
We’ve waved goodbye to 2017, and it's time to look over some of our favourite ads launched throughout last year. We have put together a collection of campaigns that we can't get enough of for BigDatr’s yearly ad wrap up. BigDatr’s 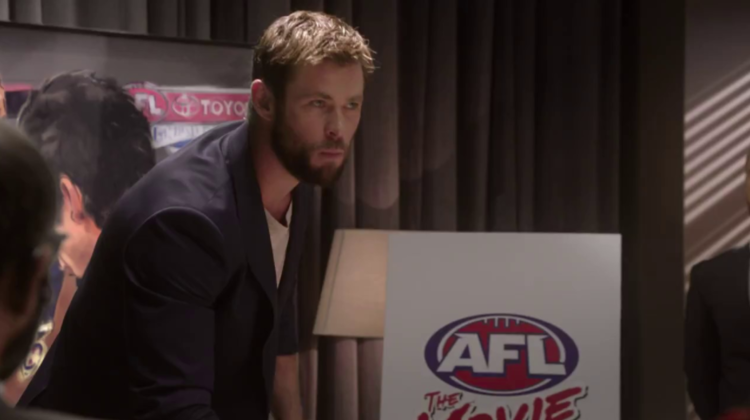 Campaign Library lets you follow the journey of any campaign from when it first launches to when it becomes inactive with valuable insights about the ad spot.

Which is your favourite? Place your vote!

Hungry Jack's 60 second TV campaign 'Keeping It Real' is inspired by Australian action films. The campaign created by Clemenger BBDO Sydney shows a man receiving a mystery call from his burger phone instructing him to "look at the plate in front of you, are you seriously going to eat that?" The campaign ran through TV, outdoor, digital, social and in-store.

The 30 second ad spot created by Saatchi & Saatchi launched the new look Kluger, titled "Built for Families". The humorous TVC demonstrates that the new-look Kluger has both function and form, delivering all the space and features a family needs from a modern SUV as well as the style and looks to match.

The ad poses as a spin-off from Men's AFL ad spot back in 1994 using the tagline 'I'd Like To See That', which harnesses the heritage of AFL and aims to draw on the legacy of the sport. The ad features Chris Hemsworth playing Marcus Bontempelli as known as 'The Bont' in the campaign created by Cummins\&Partners.

AAMI’s Gran Flat campaign created by Oglivy Melbourne, stick to its theme of ‘Not very insurancey' showcasing a family, who are preparing their home replacement cover, consider what life would be like if they didn’t have the insurance to cover the granny flat. The ad spot then takes us into the minds of the families imagination of an uncontrollable 'Gran' opening a dance club in their garage, taking over the television and drinking beer.

KFC celebrates its value deals that are "too good to be true" in their TV spot "Shut Up & Take My Money" by Oglivy Sydney. The spot showcases a university janitor playfully teasing a class of students with KFC's special deals of $2.50 chips and gravy from KFC.

AAMI launches its 'Her to Hero' campaign to salute inspirational and rising stars to show their support of the launch of AFL Women's league. The campaign was launched to celebrate International Women's Day and saluting the new stars on the team. AAMI are encouraging women to kick goals!

Toyota's campaign 'Luxury That Goes Anywhere' created by Saatchi & Saatchi Sydney promotes their all-new Toyota Prado. The TV spot showcases the large SUV as luxury no longer has a fixed address. Whether it's conquering the steepest mountains or navigating the roughest landscapes, absolute luxury can now go anywhere. The campaign has been running through Print, Television, Digital, Social and Outdoor.

Volkswagen - We Make The Future Real

Volkswagen promotes the brands popular Golf vehicle via DDB Sydney, that takes us back to our child hood dreams of what we imagined the future might look like. The TV spot centres around the global Volkswagen framework "We Make The Future Real", celebrating the auto brand's innovative and industry-leading technology.

Meat and Livestock Australia - Celebrate Australia with a Lamb BBQ

The TV spot begins on the prisitne Australian coastline - as the nation's first people search for the perfect spot to fire up a barbie, it doesn't take long for other revellers to join the hosts. Every arrival, from the European settlers to the most recent Australian migrands, is welcomed to the barbeque, each bringing their own dish and flavour to the celebrations.

Arnott's Christmas campaign tells a Christmas tale putting a modern twist on the tradition of leaving a biscuit out for Santa to help him get through the busiest night of the year. The campaign will run throughout the holiday season across TV, digital, social and OOH.

As part of the campaign, Arnott's has re-branded the popular Scotch Finger product as 'Santa's Biscuits', encouraging children to take part.

ALDI Australia - We Only Pick The Best

ALDI's 30-second TVC, 'We Only Pick The Best' created by BMF tells customers not to waste their time in supermarkets. The ad features a man in the pasta sauce isle, with time passing, the man ages and the ad reminds shoppers not to "waste your like in the sauce isle" because "unlike other supermarkets, Aldi only stocks the best."