Farzana Haroon
25 Jan 2017
The Australian Open is one of the first sporting events of the year marked in the Australian summer calendar. It’s a globally recognised event, with sponsors benefiting from local and international exposure and brand association.

This year the iconic summer tournament has up to 28 official sponsors including: ANZ, Kia, Coca-Cola, Optus, Medibank, Blackmores, Coopers, Woolworths and Mastercard.

Every tennis sponsor comes up with ideas of how they can build rapport with fans and align their campaigns. This is how ANZ, Mastercard, Coopers and Kia have done it in 2017:

ANZ continues its partnership with AO

ANZ is the Official Bank of the Australian Open. The bank is pushing their “Keep Moving” campaign featuring tennis champion and brand ambassador Novak Djokovic.

ANZ promotes unique and admirable individuals who tackle their obstacles no matter how big or small. For example playing 5 sets in the extreme Melbourne 40 degree heat, but decide to 'keep moving' despite the challenges. The campaign is designed to align with ANZ’s goals and brand positioning, “to shape a world where people and communities thrive.” - 2016 ANZ Annual Report.

Above: An example of ANZ 'Keep Moving' Out-of-Home advertising

ANZ have been a proud sponsor for the Australian Open since 2010 and have continued to align their goals to grow their presence in the Asia Pacific region.

“The Australian Open exposes brands not only within the Australian market, but also throughout the Asia Pacific.”

BigDatr first spotted the campaign on 29th Dec 2016 and it is currently running across Television, Digital and Out-of-Home.

The agency behind the TVC, McCann Sydney collaborated with the Digital Arts Network to create a virtual tennis tournament as a part of the campaign, aiming to bring at-home audiences closer to the game. ‘Tap Tennis’, invites fans to compete in a virtual tournament of tennis using the ‘power of tap’.

This ties in nicely with Mastercard ‘Tap & Go’... 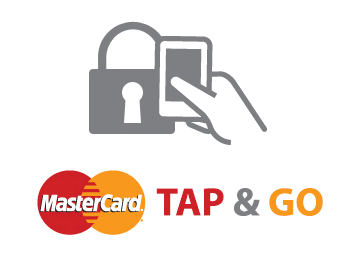 Tap tennis offers fans the chance to win a trip to the tournament. Eight finalists will compete in a creative championship match using a custom-built oversized interactive ‘Tap Tennis’ table on Australia Day this Thursday at Melbourne Park.

Australian Open has ended a 20-year strong partnership with Dutch original beer giant, Heineken and welcomed new official beer partner, Coopers. The Australian loved beer is a perfect fit for the Australian Open, and has won beer pourage rights for the next five years.

Coopers approach has been to emphasise the beer’s Aussie roots: “Australian made and Australian Owned”. They flip ‘Australian Open’ with the campaign tagline ‘Open Australian.’ 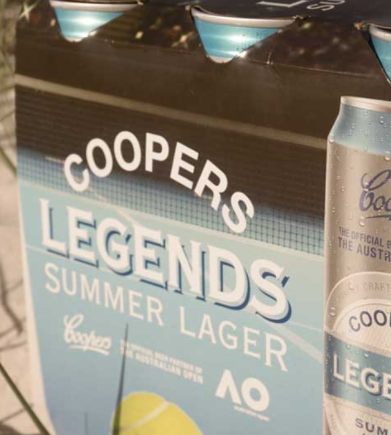 Kia Delivers, 'The Power To Surprise'

Kia has been a driving sponsor for the Australian Open since 2002, and are ‘proud’ to accelerate the growth of the grand slam tournament. Tennis champion and brand ambassador, Rafael Nadal, is featured in their “Everyone has the power to surprise” TV Campaign. The message behind the campaign is that it takes more than just the players to play - everyone helps make the tournament what it is. They associate the speed of the tennis ball, with the ‘drive’ of the ‘all-new’ Kia Rio that has undergone a design change.

This month, Kia are running “Grand Slam Deals” to tie in with their partnership with the Australian Open. The retail campaign is a reoccurring theme that was also used at this time last year. 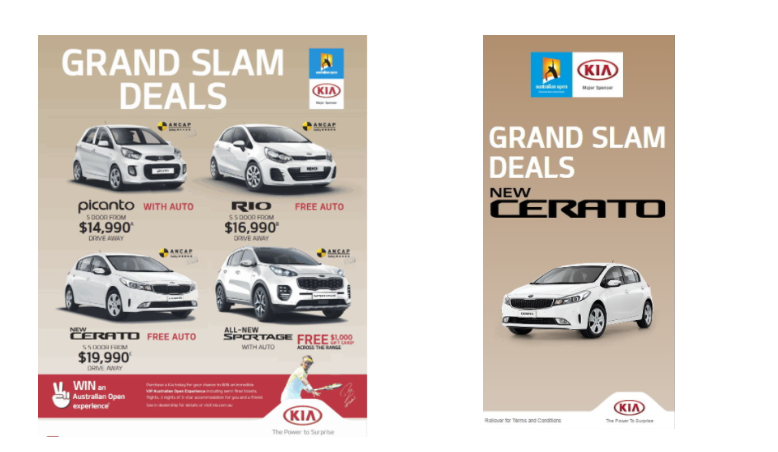 Sporting event sponsorships continue to be competitive alliances that help build branding characteristics. ANZ promote ‘excellence’, and that they, ‘help people meet their goals’. Mastercard sells a positive world, ‘beyond cash’. Coopers takes pride of its Aussie heritage, 'Australian Made Australian Owned' and KIA believes in ‘the power to surprise’.