Anita Tibbertsma
11 Jan 2017
Christmas and New Year is a prime time for value-based campaigns. Charity advertising increases, generosity is emphasised, and brand-stories play out across the marketing world. In a commercially saturated climate, being noticed, instead of screened out, makes brand resonance one of marketing’s priorities. Consumer pressure for greater ‘authenticity’ sees brands melding target market’s behaviour patterns, goals and belief systems into their campaigns in order to generate engagement.

It’s a need that can challenge marketing measurables, but without it brands risk running campaigns that neglect to generate a return, because the brand was not recognised, identified with or trusted to begin with.

We’ve combed through BigDatr’s campaign feed to bring you examples of value-based marketing, and how they align with the target market.

I’ll use these examples to cover: 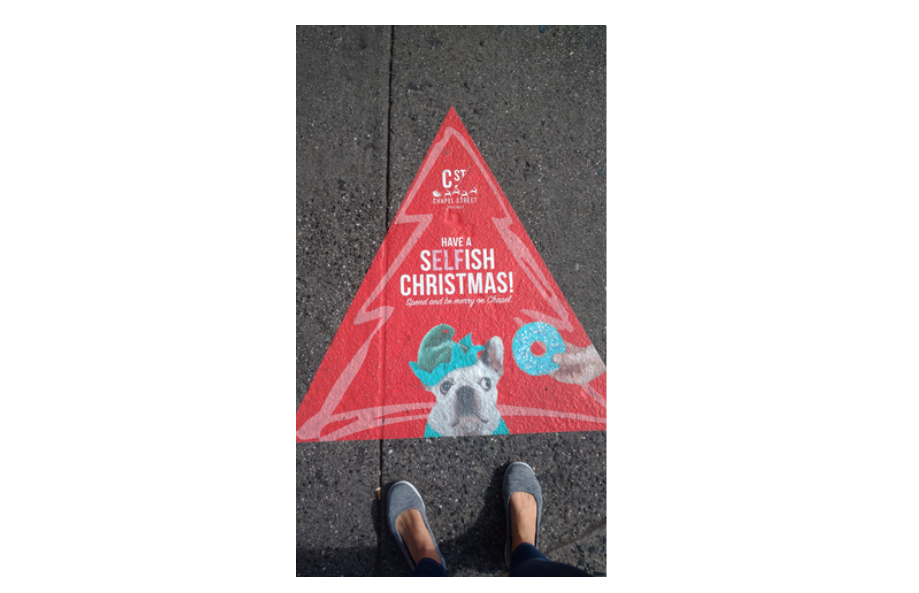 This ‘sELFish’ campaigns reads, ‘Spend and be merry on Chapel’. It even has a fashionable pug and delicious looking doughnut. The campaign is magnifying what its target market likes, as well as their purchase behaviour.

Value-based marketing is behaviour centric. It identifies and leverages the target market’s behaviour patterns, goals and beliefs that lead to engagement.

Value-based marketing is not about what is ‘right or wrong’ as such, but rather, it mirrors an audience segment’s engagement model, and amplifies it in order to build brand resonance.

The organisation behind the ‘sELFish’ campaign, The Chapel Street Precinct Association, is attempting to gel with the well-to-do Prahran market in order to build the retail precinct’s brand. Census data shows that the median individual income for Prahran is almost double the Melbourne average. The area also has a high percentage of 1 person households.

Sociologists explain that those with the highest incomes in society are more likely to ‘prioritise their own self-interest’. As we get richer, we don’t usually have as many people to buy for, because statistically more money leads to smaller families. Some researchers have also found that the richer we become, the less time we tend to spend socialising, and we tend to spend less time with family. Google’s Consumer Barometer also affirms that for all consumers in general, 24% of product purchase motivation is ‘a gift for oneself’. If the Chapel Street Precinct Association wants to attract the highest spenders, their campaigns, that like to flirt with controversy, are more likely to resonate with their target market than traditional Christmas campaigns that align with broader demographic values.

Australia's larger brands, who are marketing to mass audiences, opted for Christmas campaigns that promoted 'giving'. 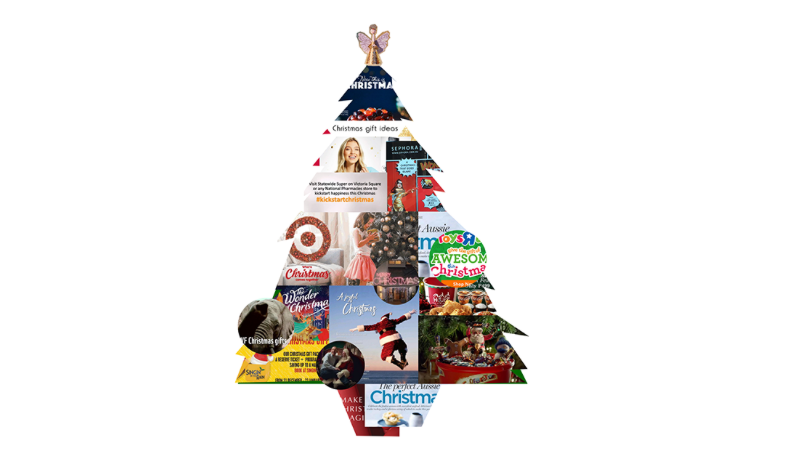 Pro-social campaigns help create the ‘giving season’, and also generate return because they too are magnifying societal patterns.

A Harvard Business School research paper confirmed that the pro-social angle pays off: "...individuals who devoted more money to pro-social spending reported greater happiness, whereas personal spending was unrelated to happiness... Happiness was the only significant predictor of future spending choice, suggesting that participants made happier by recalling a previous purchase for someone else were significantly more likely to choose to engage in pro-social spending in the future."

It's worth noting that...

We know that creating loyalty pays off. This is why aligning with ‘good will towards men’ (and women) offers great opportunity for brands at Christmas.

What you need for Value-Based Campaigns in 2017

This might seem really obvious, but sometimes marketers forget about the channels that consumers trust the most, to support a value-based campaign.

While brand campaigns done well, particularly on TV, create trust, in the 2016 Edelman Trust Barometer Report, search engines were found to be increasingly the most trusted source over traditional media, and social media the least:

The data highlights SEO (Search Engine Optimisation) is not something to be neglected in the pursuit of trust this year.

Marketers know that becoming familiar is a key component to creating trust. Nobody trusts what they don't know, yet alone 'like’ it. Familiarity is key for Pop Music sales - it’s why Top 40 radio stations play the Top 40 songs over and over: the music becomes familiar, our mind then tells us we like it (even if it's just because we’ve heard the lyrics that many times), and so we buy it.

Value-based marketing tends to be brand-centric, and won’t have a tangible impact without repetition. Familiarity breeds trust, and people buy more from the brands that they resonate with and trust.

Value-based campaigns typically use TV commercials, supported by out-of-home and digital display advertising but it depends of course on the company, the budget, and most of all, the target market.

The Chapel Street Precinct Association’s ‘sELFish’ Christmas campaign was complimented by consistent alternative Christmas messaging - such as sending a Christmas drag queen down Chapel Street this year instead of Santa, which raised a few eyebrows. Familiarity doesn’t always mean recycling the same campaign material, but rather being consistent in brand positioning. 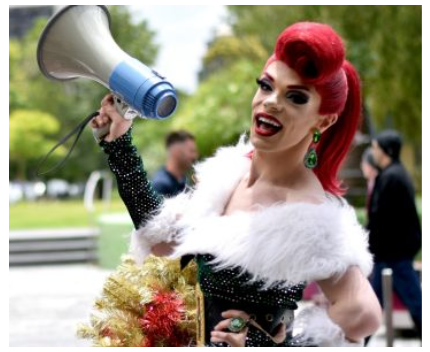 The Chapel Street Association sent a Christmas drag queen down chapel Street this year instead of Santa, which raised a few eyebrows. Image source: The Age

Their approach landed the association more publicity within their locality, which is of course, the aim.

As a result, they clearly distinguish themselves from competing shopping precincts:

By maintaining the same ‘edge’ in their campaigns they cement their brand’s perception, and create brand resonance with their target market. The Association’s approach may not appeal to all, but works for many people who live and like to shop in the area, so it makes sense to aim for their rapport and thus generate repeat business.

Professor of behavioral economics and neuroeconomist Paul Zack writes: “When consumers trust a brand it turns on a chemical in the brain also nicknamed the ‘love hormone.’” (Oxytocin = brand love). This leads to repeat purchase behaviour, and creates brand advocates.

1 in 3 of internet users globally is a brand advocate. Brand advocates may not preach from the sidewalk about the brand, but they might recommend a good cafe for example to a friend, or review a level of service experienced on Google Reviews.

Here are some tools that can help identify online influencers:

Once we identify the advocates, it’s these advocate’s values, or engagement behaviour patterns we want to amplify.

Choosing to purchase from a company that reflects our own values like sustainability influences whether that business, like a power company, becomes more sustainable in response. If there are no sustainable options, questioning whether there are creates demand. It’s this demand that business and we as marketers respond to.

The general consumer meanwhile is likely to accept the combined values of campaigns that they are repeatedly exposed to as their ‘norm’ based on familiarity and the familiarity heuristic.