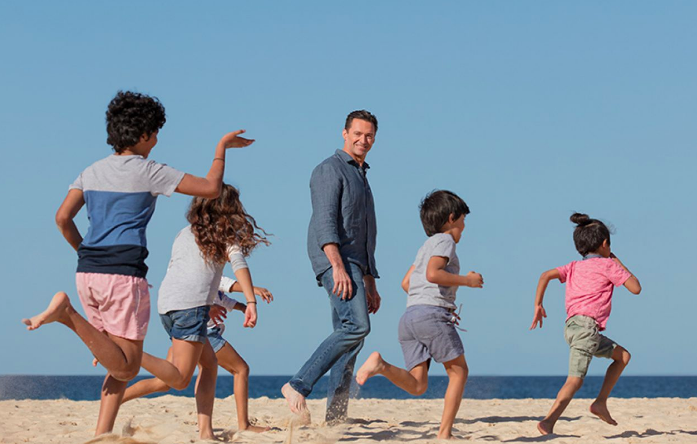 Qantas unveils latest campaign featuring Hugh Jackman, encouraging Australians to "stand up" for equality. The 60 second spot created by Brand+Story agency aims to showcase the airlines commitment to "standing up for a fair go".

"We don't all think, look or act the same and that's a huge asset. This video is about celebrating the strength that comes from diversity and why it's one of the great things about the kind of place Australia is," says Vanessa Hudson, Qantas group executive.

The campaign will run across social media as well as several of the sporting bodies involved and will screen on board Qantas flights.

CrownBet has gone back to its roots to revert back to its original form, Beteasy, after the Federal Court temporarily banned the betting service from changing its name to Sportingbet. The new campaign features brand ambassadors, Ricky Ponting and Nicki Whelan, to introduce the "bigger, better betting experience".

Crownbet chief marketing officer, Ed Owens said "CrownBet is setting a new tone and standard in Australian betting and we are ultimately passionate about giving our customers a better way to wager. We hope this campaign will get the whole country excited about a more premium punting experience."

Cricket Australia launches latest campaign #WATCHME, created with sports agency Blood UTD to promote the women's season of cricket. The campaign currently is shown through digital channels including 6 and 15 second video teasers with promotions across player's social media channels. From September 1st, a 60 second film for the campaign will be released with a 30 second TVC. We expect to see the campaign run across OOH, and a series of social videos.

Fast food chain, Burger King US latest campaign "Chick Fries" draws attention to America's "Pink Tax" where women are charged more for products. The campaign spot shows actual female customers being charged more for a box of fries because they come in special pink packaging. The fries should cost $1.69, however in the ad when the women order the exact same fries, they are charged $3.09 because of the pink packaging.

The campaign highlights the unfair number of costs that women have to pay such as makeup, health and beauty products.

Search giant, Google could finally set up it's first retail store in Chicago. This would be Google's first ever retail store, putting it in competition with tech gurus Apple and Microsoft. The deal is yet to be finalised but the contract is set to be signed soon, however Google said the company does not comment "on rumours and speculation."

Google have a list of gadgets and products, including Google Home smart speaker, the Pixel phone lineup, and the Google Chromecast smart dongle, is extensive and growing.